Yesterday at 6:38 pm by Pedro Silva

Fritz appears before the camera in January.

Move over Knut, there's a new über-cute polar bear in town. Meet Fritz, the three-month-old ball of fluff that a Berlin zoo is hoping will capture hearts around the world.

Knut the polar bear shot to international stardom after he was abandoned by his mother and hand-reared in Berlin Zoo.

But the cuddly icon died suddenly of a suspected brain tumour in 2011 at the age of four, sparking grief amongst his army of fans.

East Berlin's rival Tierpark zoo announced Tuesday that its new cub - born on November 3rd - has been named Fritz after it emerged as top choice in a local radio competition among 10,000 suggestions from all over the globe.

Fritz is the shortened form of Friedrich, the equivalent in German of "Fred" or "Freddy".

"I am very happy with the choice of the name - it's a short and cute name that foreign visitors will remember easily," said the zoo's director Andreas Knieriem.

To the great relief of his keepers, Fritz has made it through the crucial first three months when a captive cub's chances of survival hang in the balance.

Tierpark is now hoping Fritz can provide a new mascot for a city which counts a bear as its heraldic symbol - a role that has been vacant since Knut's untimely demise.

A bronze statue of Knut now stands in the West Berlin Zoo, which earned millions of euros from visitors and merchandise.

At the height of his fame, Knut appeared on the cover of Vanity Fair magazine and on German postage stamps.

Tierpark said visitors would not be able to catch a glimpse of Fritz and his parents, Tonja and Woldja, until the spring.

Its Arctic habitat threatened by global warming, the polar bear is listed as a vulnerable species by the International Union for Conservation of Nature (IUCN).

A European Union breeding plan is attempting to boost numbers of the bear, whose population in the wild stands at around 26,000, according to the IUCN. 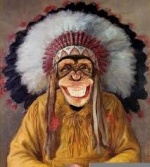 First pictures of polar bear cub Fritz, born at the Tierpark zoo last autumn, already had animal-lovers swooning. But the Berlin zoo made a sad announcement on Tuesday.

The cub died due to a liver inflammation just four months after his birth, Tierpark director Andreas Knieriem said on Tuesday.

“We’re stunned, very sad and depressed. It’s unbelievable how quickly we fell in love with this little bear,” he said.

Fritz was born to seven-year-old female Tonja and five-year-old Wolodja, and was the first polar bear cub born in Berlin’s Tierpark in 22 years.

Since his birth on November 3rd, Fritz hadn’t yet ventured outside of the enclosure where his mother had cared for him. In video released by the zoo in December, Fritz could be seen trying to take his first steps.

At the weekend zookeepers first noticed that something was wrong with the cub. He was lethargic and by Monday seemed to have little energy left at all.

After a crisis meeting involving veterinarians and zookeepers, the cub was separated from his mother and taken for tests at a nearby clinic. The examination brought up little concrete, but the little cub was given a special antibiotic due to a poor liver function reading.

As they day wore on though, his condition worsened. By Monday evening his breathing had become uneven. Emergency procedures did nothing to improve the situation, and at around 8pm the frail cub stopped breathing and died.

This isn’t the first time that the premature death of polar bear has left Berlin animal lovers in mourning.

In 2011 the beloved polar bear Knut died at the age of four at the Zoologischer Garten.

Knut had become an international celebrity, even appearing on the cover of Vanity Fair magazine, after his mother rejected him and he was raised by a zookeeper.

An autopsy was being carried out on Fritz on Tuesday morning.

My heart is breaking for his mother.